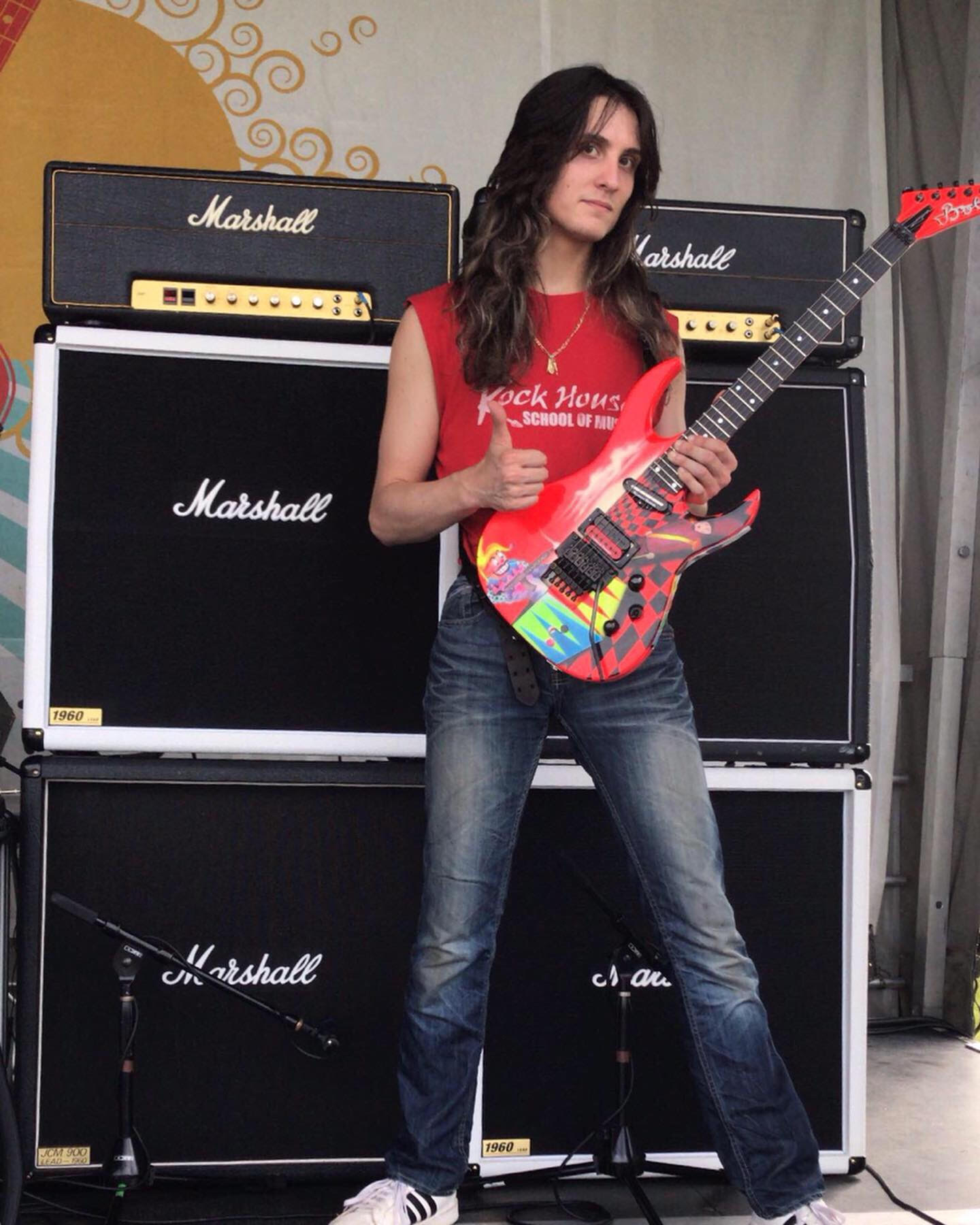 Damiano is a guitarist and pianist from Middletown, CT. His influences span from Randy Rhoads, Ritchie Blackmore and Eddie Van Halen to Mozart, Beethoven, Chopin and Liberace.

Music began for Damiano at the age of 3 with classical piano lessons at the Harford Conservatory, where he was a two time Baldwin Scholarship winner as well as 2nd and 3rd place winner in the Young Artist Piano Competition for 2007 and 2009. He picked up the guitar at the age of 11 when he heard Randy Rhoads play the solo to Revelation Mother Earth off the Ozzy album: Tribute, dedicated to his late guitar player Randy Rhoads.

In 2014 at the age of 16, he was selected by former Ozzy drummer Brian Tichy as the winner of the Randy Rhoads Remembered "Crazy Train" Contest. He got to play alongside Brian, former Ozzy/Quiet Riot bassist Rudy Sarzo and Kelle Rhoads, Randy Rhoads' brother just to name a few.

In 2015, Damiano became a member of The Brotherhood of the Guitar, founded by Rock photographer Robert M Knight.  At the start of 2017 he was recruited by Connecticut Power Metal Band, Sacred Oath for their Twelve Bells Tour of 2017-2018 and newly released “Twelve Bells” Music Video.

By 2018 Damiano has been endorsed by Ernie Ball, Marshall Amplification, Guitar Center and was a featured contestant on American Idol on ABC. Damiano plays with Ozzy Tribute: Ozzy America as Randy Rhoads and his solo project The Damiano Christian Band that released his first EP and full length album: "Built in Good Value" and "At Your Majesty's Pleasure".